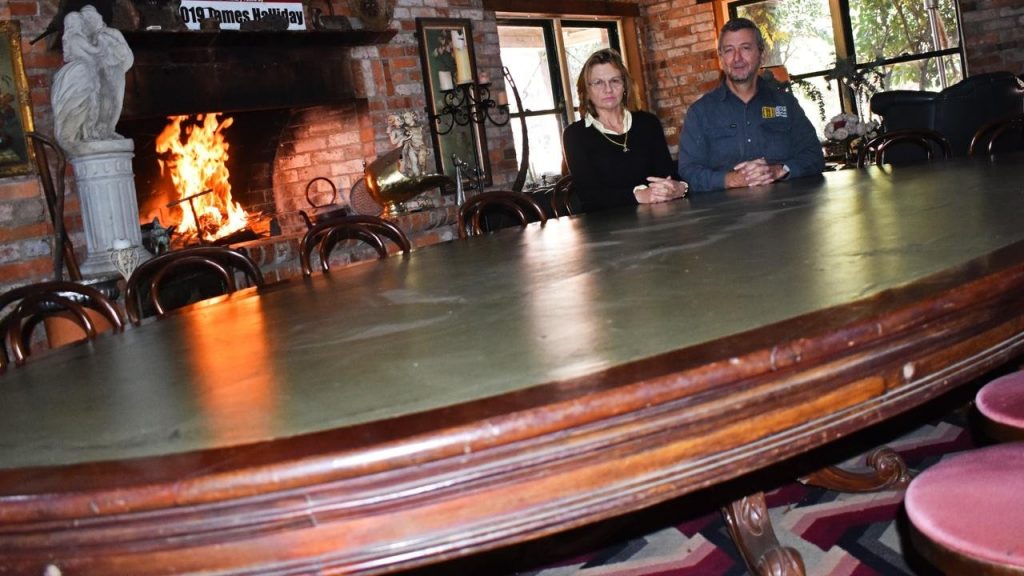 Robert and Therese Fenwick sit around what they claim to be ‘Queensland’s oldest relic’, a table used by politicians from 1860 onward. Picture: Matthew Purcell

‘Priceless’ relic another lure for tourists to Granite Belt

THERE’S never been a shortage of reasons to visit the Granite Belt but there’s one lesser-known reason that might whet the appetite of history buffs.  Housed in the beautiful Heritage Estate Wines cellar door is an item that lends credence to the winery’s name.

A table, which Queensland’s forefathers sat at and made decisions that transformed our future. The artefact, which made its way to Brisbane in 1859, was recently authenticated by the former manager of Parliament House. “In the 80s this table would have been sitting, we believe, in the cabinet room of old Parliament House,” Heritage Estate Wines owner Robert Fenwick said. “So the executive building and parliamentary annex were built at about that time and they moved a lot of the functions at Parliament House out into them and took the opportunity to renovate. “They took all the furniture out, put it in big white tents and fumigated. “Those pieces of furniture they decided weren’t restorable to the state they wanted were sold off, went through auction or ‘disappeared’. “We’re not quite sure which one this one was,” he said. 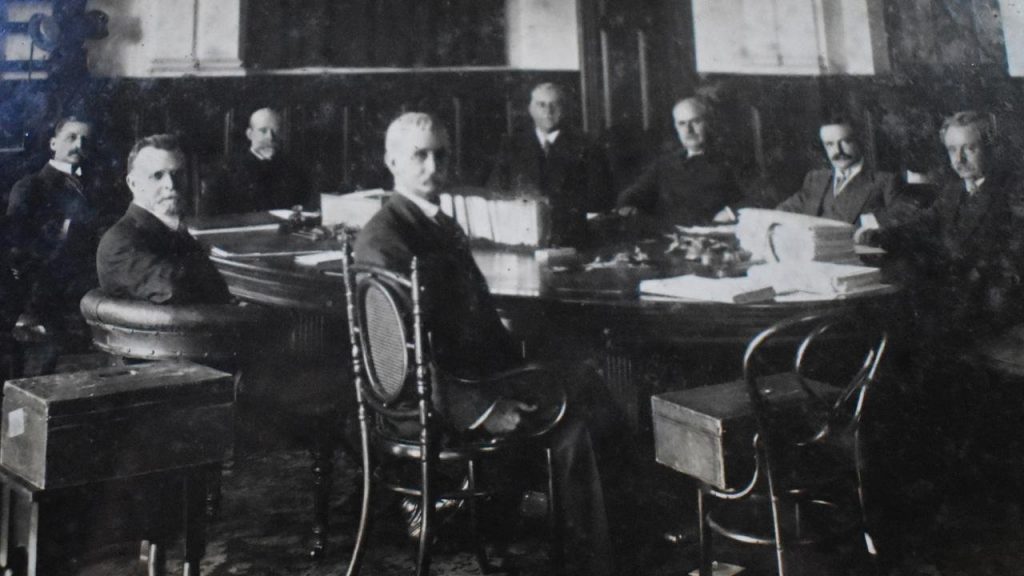 Queensland political dignitaries, including the Premier and Governor, sit around the table in 1914.

Somehow, the former owner of Heritage Estate Wines came to be in possession of the table. “So the former owner would have bought it in the 1980s-90s. It’s been here the whole time this place has been open. “I don’t think nowadays the government would actually get rid of a historic piece like this but it was the 80s. “We have had one offer from someone who wanted to buy it but it’s not for sale. “How do you put a price on it? It’s priceless. “What we do know is it’s English. “In 1859 we separated (from NSW) and by 1860 we had the elections. This table was in Brisbane by 1859.

“Anyone who knows more of the history we’d always love to hear from. They also have an original photo from 1914 hanging on their winery walls that shows the Premier (D.F Denham) and Governor (William MacGregor) of the time seated at the table. “The table is the oldest official artefact in Queensland,” Therese Fenwick said. “It’s an important part of history and especially for proud Queenslanders.”

Queensland became a separate colony in 1859.  The first Governor, The Honourable Sir George Ferguson Bowen GCMG was appointed by Queen Victoria.   The Governor and senior public servants organised the first election for 1860. From then on, the Governor, representing the Queen, the Premier, representing the people and the senior public servants, formed the Executive Council and presided around this table during momentous events such as the constitution of the state in 1901, WWI in 1914-1918, The great Depression, WW2 and so forth.

What filibustering this table must have witnessed!

Product has been added